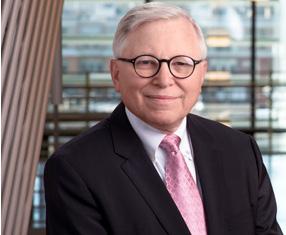 Professor of Law, University of Baltimore School of Law

As a law professor with more than three decades of experience, Warnken's career has been diverse and filled with accolades. Professor Warnken teaches primarily criminal law and constitutional criminal procedure. For 33 years, Professor Warnken was the Director of the Judicial Internship Program and Judicial "EXPLOR" Program, placing more than 3,000 law students with judges, including a record-setting 164 students in summer 2010. In moot court, he is Faculty Adviser to UofB's Moot Court Board, which manages the Byron L. Warnken Moot Court Competition, and he is the Director of a 16-school, four-state region of the National Moot Court Competition. Warnken has won mentor of the year among 9000 statewide professors and mentor of the year among Baltimore city lawyers. He has received the professor of the year award five times from the Black Law Students Association and the professor of the year award from the Women's Bar Association. The remainder of his awards are simply too numerous to list here. Warnken has appeared in the media — local and national — over 1000 times.

Byron L. Warnken, Esq. has been a practicing attorney for more than 30 years and in 2008 was named Maryland's "Top Lawyer" by the Daily Record. Chosen among 35,000 Maryland lawyers, and voted to the top spot by his peers, this award marks the pinnacle of a successful legal career. Less than 10 other Maryland lawyers have ever won this award.