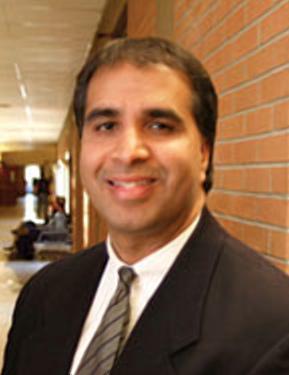 Vikram Amar received a bachelor's degree in history from the University of California at Berkeley and his J.D. from Yale. Upon graduating from law school in 1988, Professor Amar clerked for Judge William A. Norris of the United States Court of Appeals for the Ninth Circuit, and then for Justice Harry A. Blackmun of the United States Supreme Court. After that he spent a few years at Gibson, Dunn & Crutcher, devoting half of his time to federal white-collar criminal defense and the other half to complex civil litigation. Vikram was a faculty member at UC Hastings for a decade before taking his current position as the Associate Dean for Academic Affairs and Professor of Law at the University of California, Davis School of Law (King Hall).

Professor Amar writes, teaches and consults in the public law fields, especially constitutional law, civil procedure, and remedies. He is a co-author (along with William Cohen and Jonathan Varat) of of a major constitutional law casebook, Constitutional Law: Cases and Materials (Foundation Press, 12th ed. 2005), and is a co-author on a number of volumes of the Wright & Miller Federal Practice and Procedure Treatise (West Publishing Co.). In addition, he has published in a variety of journals and authors a bi-weekly column on constitutional matters for findlaw.com. Amar is a frequent commentator on local and national radio and TV, and has written dozens of op-ed pieces for newspapers and magazines.