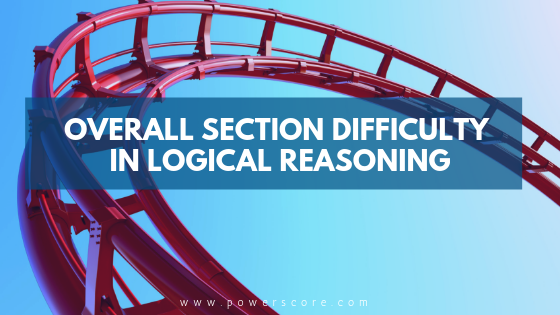 In this article, we’re going to explain how the level of difficulty can vary in each section, and how that figures into the creation of an LSAT.

Before addressing this topic, a note about the statistics we use. Occasionally we are asked how we derive our information, and how accurate that information is. First, years of experience working with LSAT problems and LSAT students has given us great insight into which questions are difficult and why they are difficult. Second, we have detailed statistical information on thousands of LSAT questions from using them as practice tests in our courses. Third, we use information available from LSAC to confirm that our information is correct. For example, LSAC has released explanations to four separate LSATs (February 1996, February 1997, February 1999, and February 2000) and in these explanations they have included an evaluation of question difficulty on a 1 (easy) to 5 (very difficult) scale.

Using these statistics, we can create a composite of the overall average difficulty of each section from the four tests under discussion:

Overall average difficulty of each section

Thus, although the typical section does vary in overall difficulty, the average hovers around level 3 (medium difficulty). Furthermore, when a section is unusually easy or hard, the other section offsets the difficulty and acts as a counterbalance (see the February 1999 section numbers above for an excellent example of how section difficulty is balanced).

The takeaway from this for test takers is that if you encounter a particularly hard section on the LSAT, you should probably also encounter a relatively easier one elsewhere on the exam. Thus, do not get discouraged if you run into a troublesome patch on the LSAT; there will hopefully be something easier around the corner!